KNOT A LOT ABOUT. 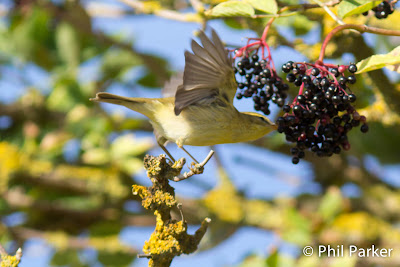 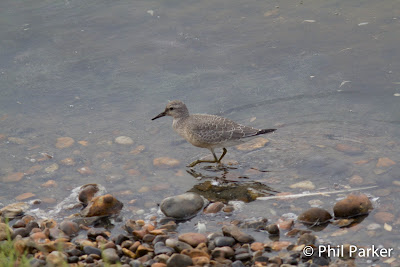 Arriving just before 5.45 a.m. at a sunny Reculver Marc was already in place and raring to go.  We chatted briefly about his holiday and the hoped for Whinchats today.  On reaching the sea-wall the first of c40 Yellow Wagtail made their presence felt and as we looked out to sea 3 Sandwich Tern drifted past.  The Little Owl was back in residence on top of the toilet block in the caravan park and as we strolled down to Cold Harbour 3 Whimbrel flew calling overhead.  The Oyster Farm looks extremely good for waders at the moment although today only 14 Redshank and a Common Sand piper made the notebook along with three Greenshank.  After a brief sea-watch we arrived at the lagoon and found a single Knot.  Meeting Derek Smith at the railway embankment we strolled to Chambers Wall and we all took the opportunity to photograph what appeared to be two newly arrived Willow Warblers.  We also added Sparrowhawk, Marsh Harrier, possibly two Hobby's and a Peregrine in a short space of time along with 4 Turtle Dove and 9 Golden Plover.  Two distant Common Buzzard could be seen over the Thanet Way and a single MEDITERRANEAN GULL was the best of our return journey.  Still no Wryneck for Heathy to salivate over - but one did arrive at Dungerness.  It's coming our way!
Posted by The Broadstairs Birder at 14:18