EIDER RATHER STAYED IN BED 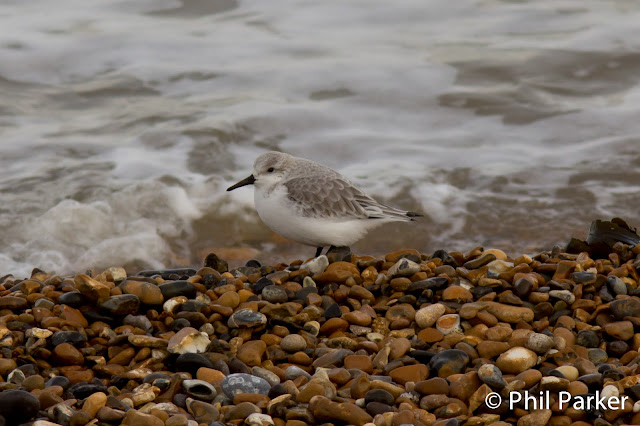 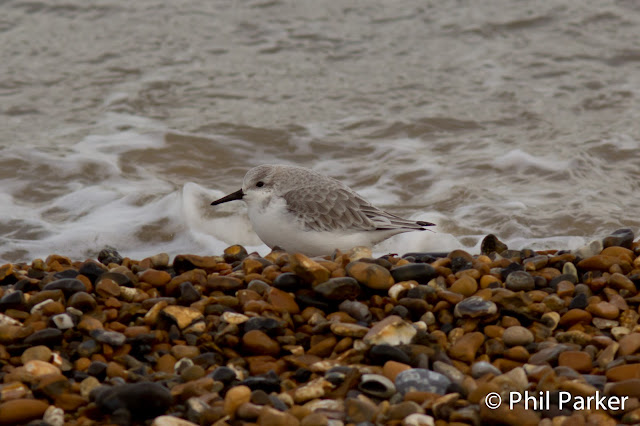 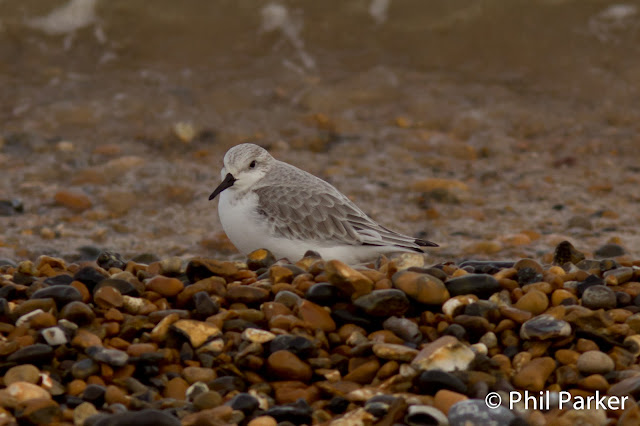 Arriving at Reculver Towers just before 7.00 a.m. this morning hopes weren't too high on finding too many new species for the year.  After Marc and myself had finished the obligatory cup of coffee and bemoaned the fact that the White-Tailed Eagle had drifted off who knows where we walked down to Cold Harbour in generally cloudy and overcast conditions.  The session's highlight came at about 7.15 a.m. when two Eider were located just offshore.  A flock of c25 Linnet and two Meadow Pipits were disturbed from the shingle ridge and the oyster farm held about 20 Redshank, the wintering Spotted Redshank and 24 Mallard (counted by Heathy, I hasten to add).  A few waders flew past us at high tide including one of Marc's favourite birds "The Oystercatcher".  We also added Teal, Wigeon and a mystery duck which Marc hopefully will identify from his super computer.  The cameras remained firmly in the bag until our return journey when a Sanderling at least gave us something to point our cameras at.  A single Skylark tried to sing rather unsuccessfully and a flock of c35 Lapwing were unusually seen at sea.  Returning to the cars we popped down to Shuart and added two Woodcock expertly flushed by myself, assorted Tits, Greenfinch and two Goldcrest.  Hawkeye picked up a distant, very distant Marsh Harrier and it was time for home.  Not a lot to write about about ..... thank goodness for Marc's witty and amusing banter.
Posted by The Broadstairs Birder at 18:35