SMEW IN THE SNOW 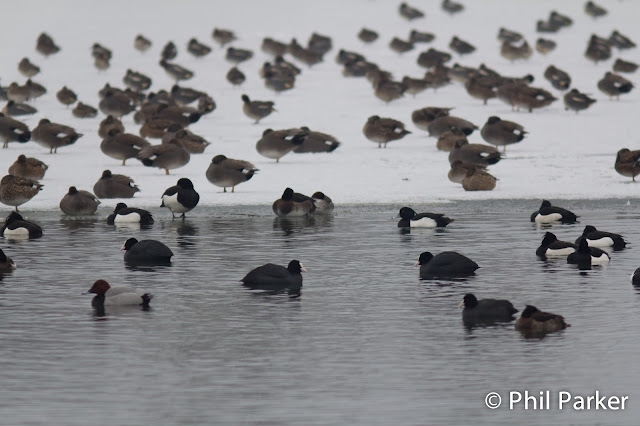 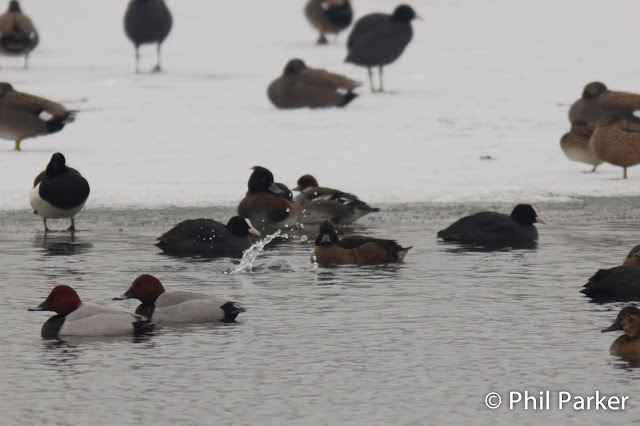 I wasn't planning on going out this morning but a text from Marc alerted me to the presence of a RED HEADED SMEW on Brook Reservoir.  Last week's bird I didn't connect with as I was too busy photographing the Kumlien's Gull at Dover.  Smew is an incredibly rare bird at Reculver and I assumed that I would have to wait a long time to see one.  However, arriving in driving sleet I made my way to the bank to see Tufted Duck, Wigeon, Pochard, a massive gang of Teal and no Smew.  Phoning Marc he told me it had spent most of its time sleeping and I eventually tracked it down.  The first photograph its usual pose which lasted for about 20 minutes.  The second photograph is its one looking up movement which at least I managed to capture.  The photographs that Heathy took it must have been on amphetamines.  Thanks for the text and a new bird for the area.
Posted by The Broadstairs Birder at 20:02