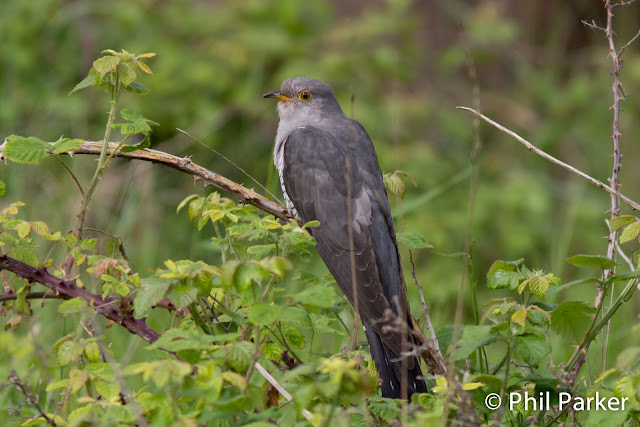 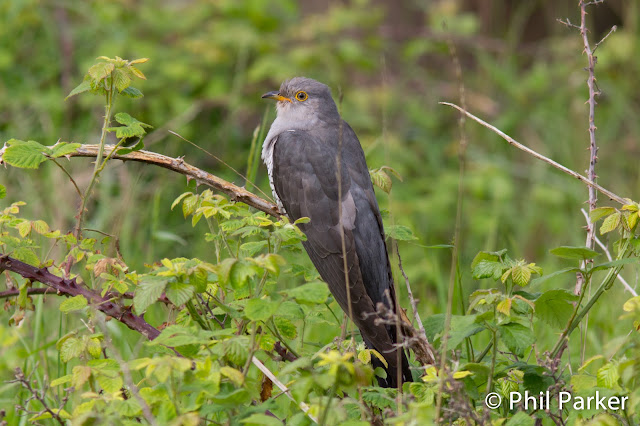 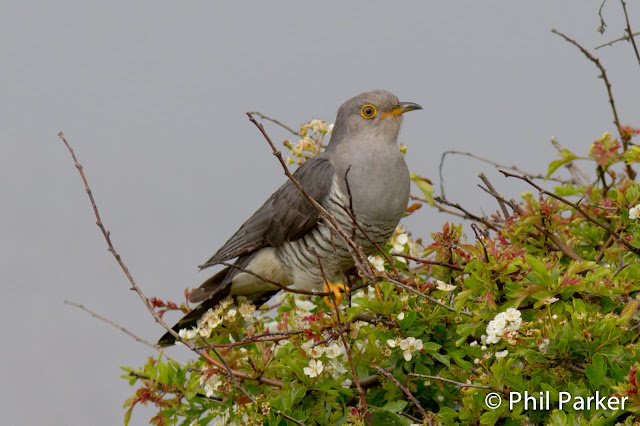 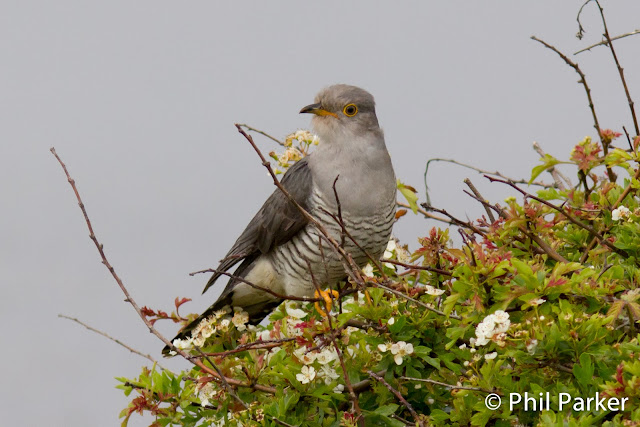 With the last few Saturdays employed elsewhere it was nice to get out with Marc this morning for a few hours.  We parked at the Towers just before 9.30 a.m. and our walk to Cold Harbour gave me an opportunity to add a few species to my year list.  We saw the first of 6 Shelduck and a summer plumage Dunlin before noting an unseasonal Eider sitting happily offshore.  Marc had already had close encounters with a Cuckoo and by the Green Wall we managed to get the closet I have ever been to this usually secretive species.  We managed between us to take some pleasing images.  It certainly was a special moment for both of us.  I added Greenshank to my year list and another addition came in the form of a Razorbill  flying East.  Shoveler, Turfted Duck and Grey Heron were added to the notebook and whilst drinking our obligatory cup of coffee a nice surprise came in the form of an unseasonal Guillemot, once again flying East.  3 relatively close Gannets joined the Guillemot flying East.  We found 2 distant Common Buzzard and 2 Peregrine Falcons were  added on our return walk.  A single Grey Partridge was sighted by the Roman Galley and our last hour was spent trying to find a Red Kite, unsuccessfully although we did find a rather impressive display from the Red ....Arrows.

However, it was not totally wasted as a single Ring-necked Parakeet was an addition to the year list.
Posted by The Broadstairs Birder at 18:28