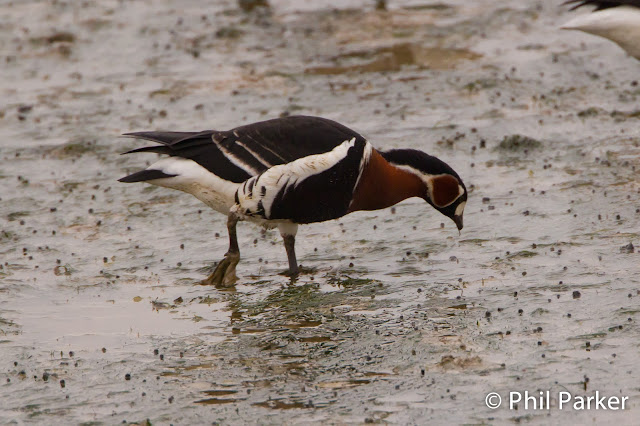 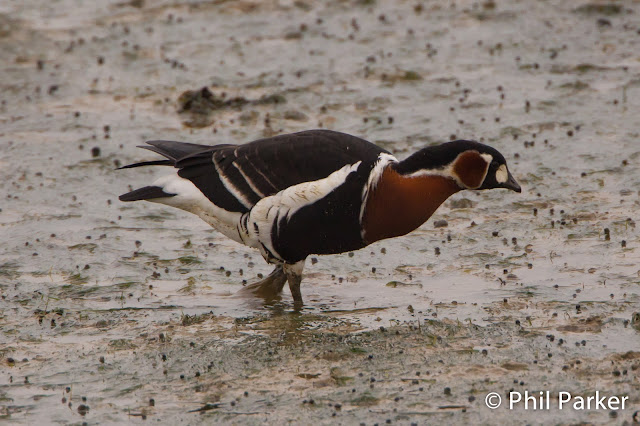 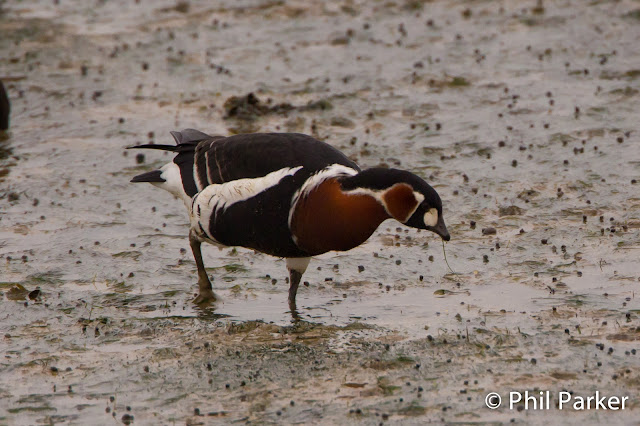 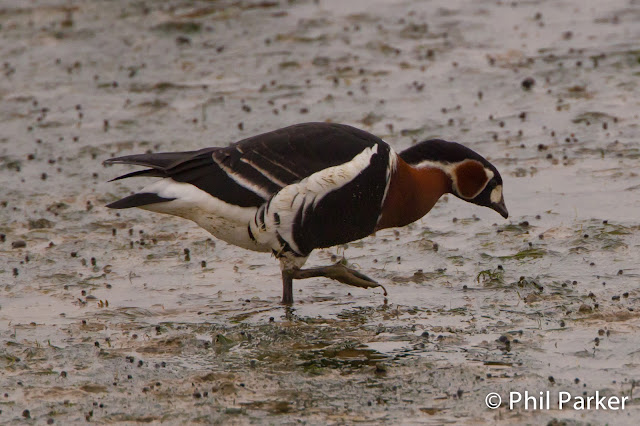 With news of a Red- Breasted Goose at South Swale NR. breaking earlier in the week I hoped it would hang around until today as I was extremely busy at work. This morning I parked in " The Sportsman" car park and made the long trek to the bird about two miles along the sea wall. It was very overcast but I could make out a gathering of birders in the distance. The journey was accompanied by the "pinging" of Bearded Tits and several Ruff made their presence felt in the adjacent farmland.On arrival the bird was soon located and eventually it came close in to the shingle ridge allowing a few photographs. After an hour I strolled back to the car.Birding again has been slow since my last posting with only the Red -Breasted Flycatcher in Northdown Park a highlight.
Posted by The Broadstairs Birder at 18:36