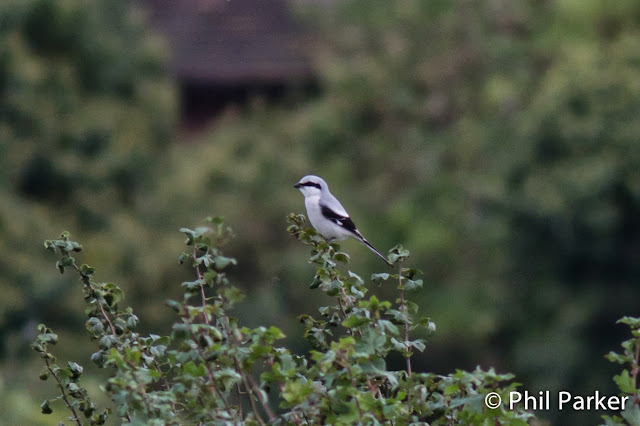 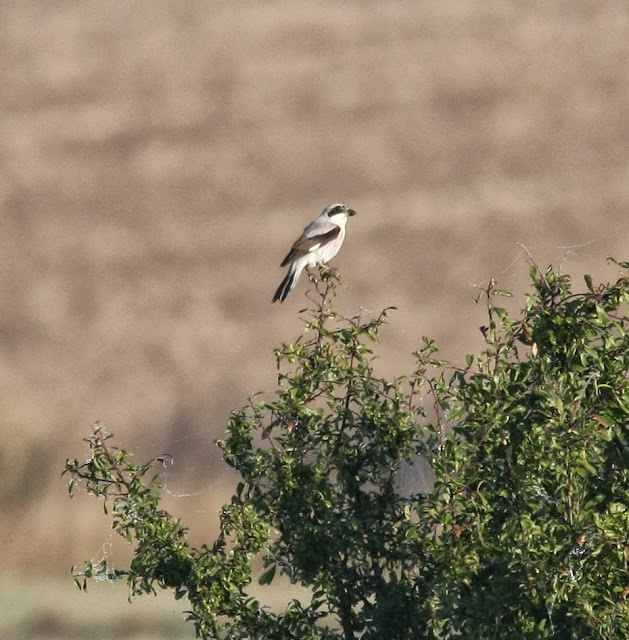 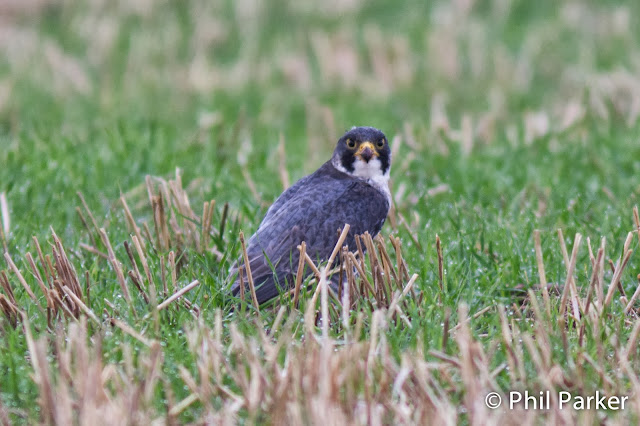 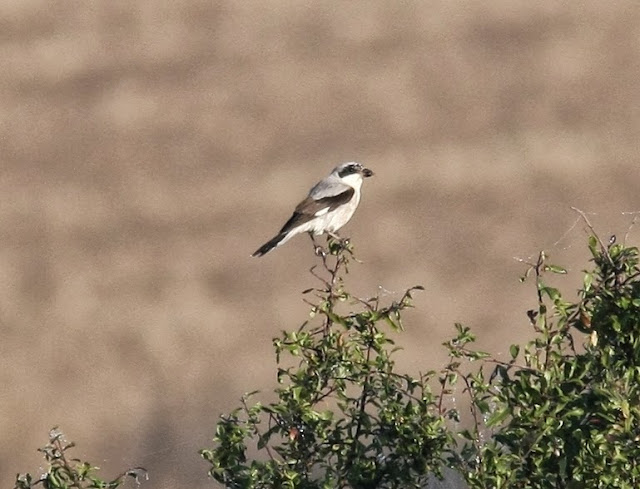 It's always good to have a rare bird on your doorstep and Friday's late news that Dylan had found a Great Grey Shrike in the field behind my house was welcome news.After breakfast a gentle stroll across the field and five minutes later I had the Great Grey on the wires.Unfortunately  a Peregrine found some breakfast in the field and the Shrike headed for cover.It was extremely flighty and a little overcast so I decided to return in afternoon.The bird was still showing well in brighter conditions and reasonable record shot was obtained.With Gary and Mike finding a very late Lesser Grey on Saturday night I hoped it would remain as it would be a new bird for me and Heathy.With Chidders on site early doors and a confirmed sighting we were soon on our way and viewing the bird by 9.00A.M.It performed magnificently and as we left more and more birders were arriving to view this rare Kent visitor, the first since 1995.Thanks to Mark Chidwick for the photos of the Lesser Grey.
Posted by The Broadstairs Birder at 20:51