A STROLL IN THE SUNSHINE. 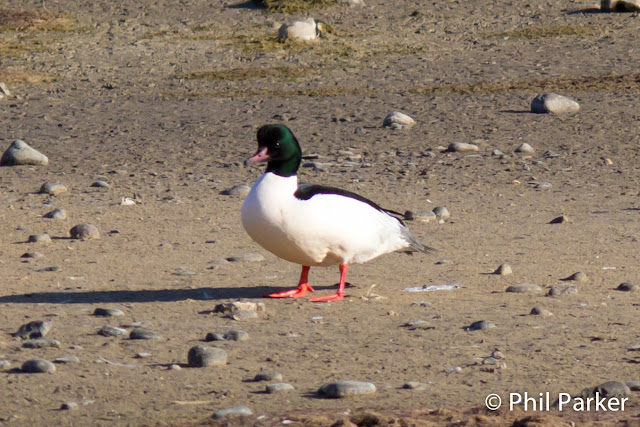 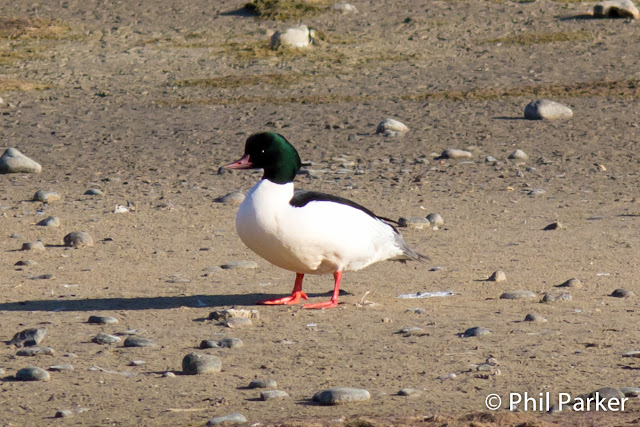 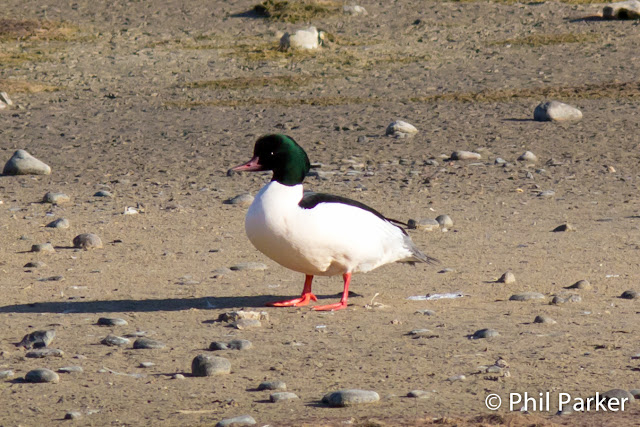 With excellent weather forecast it was in bright sunshine I arrived at the Towers just before 6.45 a.m. this morning.  Once again, Heathy was quickly out of the starting gates and was nearly at the Green Wall.  On my sprint to catch him up I noted all of Reculver's commoner species ; Meadow Pipit, Linnet, Shelduck and Little Egret.  The tide was a long way out and very little was feeding on the shingle.  By the Wantsum outflow we found a noisy Sedge Warbler and added another by the railway embankment.  We strolled inland and added Reed Bunting, Red-Legged Partridge and a year tick for me in the form of a Grey Partridge.  A distant Marsh Harrier was today's only raptor.  A very nice surprise came when on returning to Cold Harbour a smart male Goosander was happily sitting there taking in the sunshine.  Chris and Anne were soon viewing the bird and a few pictures were taken.  Two Knot flew east and 34 Turnstone were counted on one of the groynes.  Finally making the notebook were two Ringed Plover.  Unfortunately, no Ring Ouzel or Red Kite today but a very enjoyable session and it's always good to get a tricky bird like Goosander on the year list.
Posted by The Broadstairs Birder at 18:13