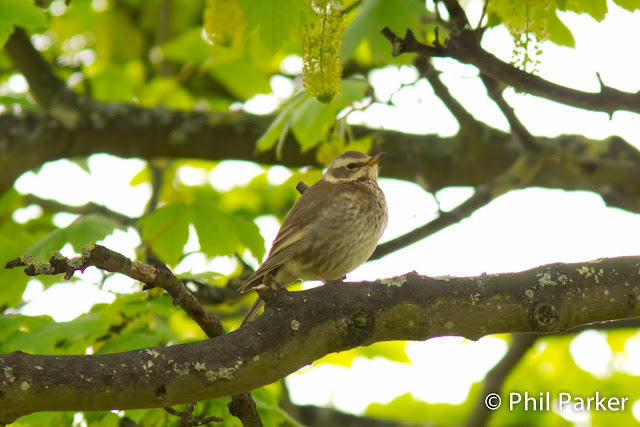 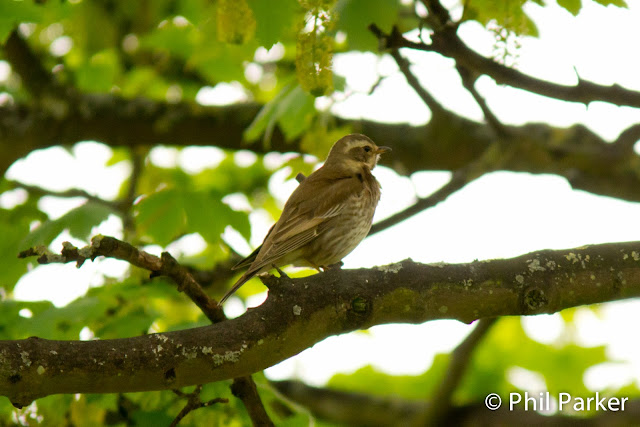 Well, if anybody told me I'd add to my U.K. list this weekend I'd have laughed at them.My plan was a nice little session at Grove with Martyn and Chidders and a day at the cricket in Canterbury.6.22 A.M. Heathy sent me a message "Dusky Thrush Margate Cemo".Now I've been a lucky man to see a Swainson's on Bryher,two Grey-Cheeked on St. Mary's and the grail of the Ovenbird.But this comes very close to the Ovenbird.I've been reliably informed this is the first twitchable bird since 1959 in Hartlepool!The morning was a bit manic with birders recreating the Benny Hill show by chasing in a big gang around the cemetary.For those of you at the Crested Lark twitch it was very similiar to that!However after an hour I went to St.Lawrence and saw Kent capitulate to Worcs.Returning at 5.30 P.M. it was a bit quieter with about 50 birders on site.Steve Tomlinson was roundly thanked for this incredible find and it was good to see Barry Matlock.We settled down to take a few pictures and the best two are above.Another good day today with the Montagu's Harrier at Reculver and there might even be a couple of picture tomorrow.
Posted by The Broadstairs Birder at 20:28